Emily O'Malley (Maiden Name: Napoli) is the protagonist of the Delicious series. She lives in the fictional town of Snuggford with her husband Patrick, their young daughter Paige, their dog Rosie, and their cat Snuggy. Throughout the series, Emily has worked at a multitude of locations, including her Tea Garden and Emily's Place.

"A beautiful young woman with a lovely family life. Emily and her husband Patrick are overjoyed with the birth of cute little Paige. As Emily also runs her own restaurant, she has to combine her mommy duties with work. She finds out life can be challenging sometimes, but in the end love conquers all!" - Delicious Emily Website

"Emily is a lovely young woman who has a passion for cooking and dreams of running her very own restaurant. In Delicious Emily's True Love she had fallen completely for the charming florist Patrick, who's also deeply in love with her. The two have a beautiful wedding and in Emily's New Beginning they welcome their little daughter Paige into the world." - Delicious Emily Website

Emily is of Italian and Irish descent. She has fair skin and is of average height with a thin frame. She has red hair like her mother and brown eyes like her father. Her hair appears to be long and wavy, and it is normally held back with a low ponytail. Although not visible on her in-game character, her nose and cheeks are adorned with freckles.

Emily spent most of her childhood living on a farm in Fairfield with her parents and younger sister. Ever since she was little, she had a talent for running a restaurant, and she often helped her parents with the farm work.

Young Emily moves to Fairfield with her parents. Emily is upset because her doll got lost in the move, so Edward lets her help out on the farm to earn money for a new one. Some of Emily's favorite memories are of the farm, such as learning to ride her bicycle, making daisy chains with her grandpa, making friends with Hunter, and the birth of her little sister.

Twelve-year-old Emily learns that her neighbors, the Truffauts, are in financial trouble, and she helps out her parents in the vegetable garden to earn money. Emily becomes fast friends with the neighbors' kid, Francois. She manages to save the Truffaut farm by nearly doubling the weekly receipts. Emily is also invited to a Halloween party with her friends, but in the end, she decides to go trick-or-treating with Angela.

Emily is working in the campsite behind the farm's barn. Sixteen-year-old Emily is nearing her first school prom and is waiting for Hunter to ask her out, but Hunter is too shy. Evelyn introduces Emily to Stacey, a senior at Emily's school who helps out at the campsite by cleaning the tables to save up for college. Edward and Evelyn have booked a banquet at the campsite for several important figures, but Evelyn breaks her leg slipping on a soda can. Emily decides to miss out on the prom to keep the banquet going and gives her dress to Stacey. Francois, Stacey, and several other students come to the campsite later that night for an after-prom. Hunter finally asks Emily to dance and they share their first kiss.

Emily and Francois, now young adults, are helping out in Antonio's Italian restaurant. They are planning to start a business together selling cookies using Emily's grandmother's macaroon recipe. However, they are soon threatened by economic job loss when the factory that employed the business is moving overseas. When the mayor comes with figureheads from the factory business to discuss another way of helping everybody, they abruptly leave in anger at the mayor's suggestion. When Emily recoups the figureheads with her grandmother's macaroons, she is able to save the factory from the losses of jobs.

The first two delicious games didn't have much of a storyline and focused more on gameplay. In the first, she uses leftover money to fulfill her dream of opening up a restaurant. She eventually has her own chain and is able to live luxuriously.

In the second, Emily is asked by her Uncle Antonio to help with his restaurants when his son Marcello runs off and leaves him to run the restaurants by himself. After saving all the restaurants, Emily opens a sushi bar to combat an opposing business.

Emily wants to pursue her dream of running her own tea garden. But for this to be achieved, she must apply for a loan at the local bank, for which she needs the aid of Uncle Antonio. He helps her get a waiting job at a friend's restaurant so she can earn the money she needs, and through referrals, Emily gets to work at three other restaurants before she finally earns enough money to be able to make her dream come true in the last restaurant, being the tea garden itself.

Emily is offered a chance to host her own cooking show on television. Unfortunately, her car breaks down during the trip to the studio. As she tries to find help getting her car fixed, she, in turn, decides to lend a helping hand to others out of sheer kindness.

Emily has settled in a little town called Snuggford to celebrate the holidays with her friends and family. Meanwhile, two handsome young men, Paul and Richard, are being introduced to Emily's life. Emily finds herself having to choose between the two young men, as well as dealing with problems among friends and family.

Emily goes to the house she grew up in as child because her parents are about to sell it. While there, she, her sister Angela, her parents, and her friend Francois remember all the things that happened to them at the house, from Angela's baby days to meeting Francois for the first time to Emily's prom night.

The restaurant is doing great and Emily’s life is running smoothly. Until one day, a love letter arrives which turns her life upside down. Emily must travel the world to find her true love, helping out at restaurants along the way.

Emily returns home and is dating Patrick. In this mini-game, Emily's cat Snuggy is pregnant. Emily doesn't tell Patrick at first, and her actions in the game leads Patrick to jump to his own conclusions.

Emily and Patrick are planning their wedding, but Patrick's mother Brigid doesn't want them to get married and tries to break them apart. After experiencing horrible luck in her wedding plans, Emily sets off to Ireland to throw a penny in Lady Mary's Well. There, she meets Patrick's ex-girlfriend Iris, who has her mind set on stealing Patrick away from Emily. However, Patrick and Emily's love for each other brings them together in the end, and they have their dream wedding in Ireland.

Patrick and Emily embark on their celebration cruise. Sailing off into the horizon of wedded bliss, Emily soon discovers she doesn't know how to relax and she certainly isn't used to having others take care of her. To make matters worse, when Patrick tells her he's excited to start a family as soon as possible, Emily's response is tepid - she's not sure she's ready for that just yet.

Emily and Patrick are taking care of their baby girl, Paige. This proves to be quite the challenge, as Emily longs for the restaurant business again. She struggles with balancing her work life and motherhood at the same time.

Emily and Patrick have bought a new house to raise their family in but everything is not as happy as it seems. Paige becomes best friends with Grace, another toddler from the neighborhood. bWhen Grace has an accident at Emily's new house, her mother will do whatever it takes to stop them from living in that neighborhood.

During the hottest summer of the century, Paige fights to survive a mysterious fever. While Emily stays unwaveringly by her struggling daughter’s side, Patrick embarks on an epic journey through the blistering cold in search of the only cure: a magical flower…

Allison greet Emily in the hospital canteen, as a "guest starring".

Emily travels around the world with her food truck.

Emily's Message in a Bottle[]

After Paige was healed by the Golden Lotus Flower in Hopes & Fears, A Mailman delivered a letter to Emily's Family during Paige's 3rd Birthday Party. They decided to go at Napoli, Italy to meet her Grandfather and her uncles so they are all going to the Family Reunion.

Emily's family are going on another vacation, this time they are going to Santa's House. She's also helping Her Daughter, Paige for the Christmas Play.

Emily and Paige both starred as a "special appearance".

Emily is starred as a "special appearance", meeting Mary Vanderworth.

Starred as a "special guest appearance", Emily and Paige goes to Arthur's Clinic because Paige thinks Daisy is dying. They greet Dr. Amy, a veterinarian.

Emily appeared again like Heart's Medicine: Time to Heal. She works only in the hospital canteen, with Allison Heart, Jenny Pope, Ruth Phelps, and Connor McCoy. 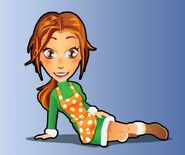 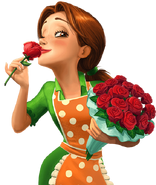 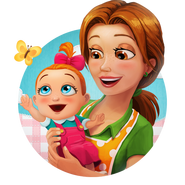 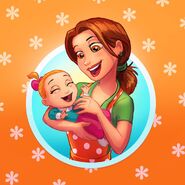 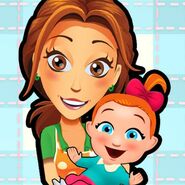 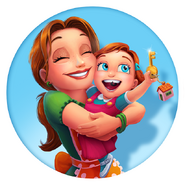 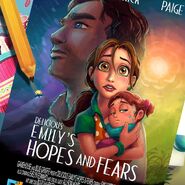 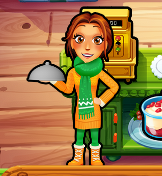 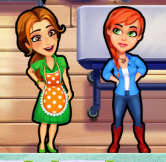 From Delicious - Emily's Message in a Bottle

From Delicious - Emily's Message in a Bottle

From Heart's Medicine - Time to Heal

From Heart's Medicine - Time to Heal

Emily & Angela in The Love Boat